Review and Giveaway: "Through the Zombie Glass" by Gena Showalter 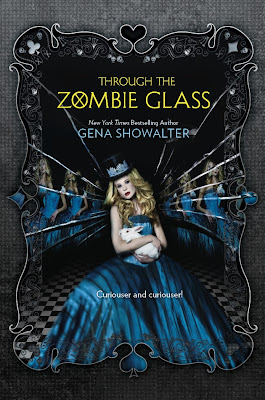 Zombies stalk the night. Forget blood and brains. These monsters hunger for human souls. Sadly, they've got mine…

Alice Bell has lost so much. Family. Friends. A home. She thought she had nothing else to give. She was wrong.

After a new zombie attack, strange things begin to happen to her. Mirrors come to life, and the whispers of the dead assault her ears. But the worst? A terrible darkness blooms inside her, urging her to do very wicked things.

She's never needed her team of zombie slayers more, but ultra bad-boy Cole Holland, the leader and her boyfriend, suddenly withdraws from her…from everyone. Now, with her best friend Kat at her side, Ali must kill the zombies, uncover Cole's secret and learn to fight the darkness.

Through the Zombie Glass is the second book in Gena Showalter's White Rabbit Chronicles.

This was one of my most anticipated books of 2013.  Even though I'm not a zombie book fan, I really enjoyed the first book and couldn't wait to get more of Ali and Cole.  I was glad this one started right where we left off in book 2.  Ali and Cole are finally together, but of course they don't lead an easy life so it's no surprise that their relationship isn't easy either.

I was totally blind sided by the turn of events in Through the Zombie Glass.  I certainly did not see these issues coming.  The zombies are changing, there is a spy among the group and some huge changes are in store for Ali.  We get a lot more of Kat and Frosty in this one as well and there are some new additions to the group that stir things up.  Ali's internal struggles are as much a part of this book as the battle between the hunters and the zombies.  Ali is quickly becoming one of the most deadly hunters of the group.

It always amazes me how Gena writes such amazing storylines.  The blend between the main story and action going on along with the character relationships is amazing.  Even if you're not a zombie fan, you will still love this series.  Book 2 is even better than the first and you've got to love these covers!  Overall, a fast-paced, intense, romantic, action packed, battle filled installment of the White Rabbit Chronicles.  This is definitely a must read!!!
Release date: September 24th, 2013 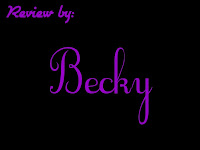 The review of the first book in the series, Alice in Zombieland, can be read here.

This book was provided by the author/publisher for an honest review.

Posted by Underworld Love Addiction at 10:29 AM